The Job Of A Chapter 7 Bankruptcy Trustee

Are you about to start the Chapter 7 bankruptcy process? If so, you're likely wondering what the responsibilities are of the bankruptcy trustee. Here are three of the things that they will be responsible for throughout your bankruptcy case.

One of the primary things that the trustee is going to do is identify all of the assets that you have that are eligible for liquidation. You have plenty of debts that need to be paid off, and part of Chapter 7 bankruptcy is paying off as many of those debts as possible. Since you do not have the cash on hand to pay off your debts, assets will need to be liquidated.

The trustee has the job of identifying all of the assets that could be liquidated, and assigning a dollar value to them. While their goal is to be as close as possible, it can be difficult to make approximations for things such as real estate or vehicles that need to be sold to a willing buyer.

Another thing that the trustee is responsible for is finding potential problems with your bankruptcy case. The main thing they are going to be looking out for is income that you are hiding that you do not want the bankruptcy court to know about, which even includes cash that you are being paid under the table. However, there can also be bank accounts that you did not disclose that have cash in them that can be used to pay off debts.

The trustee will also be looking for any assets that you are hiding that can be liquidated. For example, if you are not disclosing a boat that you own in full that could be liquidated, or maybe you illegally sold a vehicle to a friend or family member prior to your bankruptcy filing. There is a window of time before you file where any actions you take to transfer assets will not be allowed because you were well aware that you were filing for bankruptcy.

It is also possible that you were selectively paying back creditors because you wanted to ensure that they received their debt in full. This is another action that is not allowed, and if the trustee discovers it they will clawback the payment from the creditor so that it can be properly distributed among those that you owe money to.

To learn more about filing for bankruptcy, talk to an attorney, such as C. Taylor Crockett, P.C. 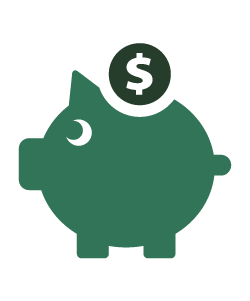 If you are in a financial bind, bankruptcy may be a viable option for you. Our website has the latest news and information pertaining to bankruptcy laws as they relate to different states, the differences between chapter 7 and chapter 13 bankruptcy, and the requirements you'll need to satisfy in order to file for bankruptcy. As you read the articles on our site, you will feel your anxiety melt away, knowing that your financial difficulties will soon be over after filing for bankruptcy. You'll sleep better at night knowing that you'll soon be able to start fresh. We'll also answer your questions about whether you can keep your home in a bankruptcy and how long the actual bankruptcy process takes.